I should probably have said before, but we're recruiting for PHP programmers at the moment. If anyone's got strong LAMP stack experience, specifically with very object-oriented PHP then let me know and I'll pass your CV along.

I can't promise anything, of course!

Hm, it's been a while since I updated.

We spent this weekend in Cardiff for a couple of reasons. The first was that my friends Matt and Sally got engaged and I haven't seen them in ages so I wanted to catch up. The second reason was that Roz's team Watford were in the Championship Play Off final and her entire family were decamping up there for the game on Sunday.

The Millennium Stadium is very impressive with the roof closed. There was a croud of around 65 thousand and they made a hell of a noise. Watford won, so that's good. I'm trying to use it as an excuse to get Sky HD next year ("You'd be able to watch the away games, darling!") but she keeps bringing up inconvenient facts like my complete lack of funds.

I'm currently listening to Clayhill's acoustic album. It's a lot like their Cuban Green album but much better, because they're not trying to fanny around with samplers all the time.

Well, there'll be less talk from me about Crewe in the forseeable future. Next season is the ludicrously named League One where there are sod-all London clubs and very little glory.

The consolation is we might win a couple of games. 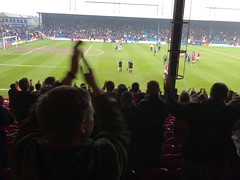 I texted John to bitch about the score and threatened to go home. He replied with the sage advice, "Never leave early".

Minutes later, Luke Rogers scored a screamer against the run of play, which lead to a huge spell of pressure from us ending in a great equalising Kenny Lunt penalty.

2-2 and it was the Palace fans leaving early.

There is yet a little hope. 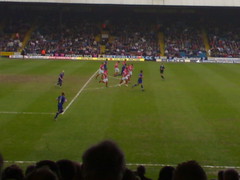 As time goes on it becomes more and more likely that we'll be spending next season in football's third tier.

It's not mathematically impossible to stay up, but I'm drinking my halftime tea at Selhurst Park and have so far seen Andy Johnson score two against us so I'm not holding out much hope.

It also just started pissing it down, which is probably caused by the mood of the Crewe fans.

Today could decide whether we'll be spending next season in the Championship, which is full of London clubs whose fixtures I can go to, or League One, which has nothing in there.

You may hear a scream of rage from SE16 sometime around a quarter to five this afternoon. 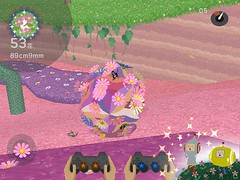 In the quest to find games that Roz and I both like that don't involve karaoke, I appear to have struck gold.

I, erm, borrowed a stack of games from

nicklocking and here are my opinions of them:

For those who don't know, in Katamari you roll a ball around collecting stuff. The more stuff you collect, the bigger the ball gets so you progress from rolling up paperclips and pencils to eventually cities and continents.

Multiplayer is ace, although Roz gets a bit upset when I win every single time (ho ho). Co-op is surprisingly fun - both of you have to roll the same ball at the same time, which leads to lots of occasions of me shouting things like:

At which point I give up and steer right, the way she wanted to go. That seems to be how most of our disagreements end up going... games as a metaphor for life! 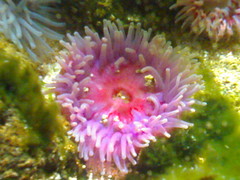 It was a lot more fun than I'd expected!

Didn't get any pictures of the sharks, because I was too busy quaking in fear.

Resurrecting a meme I did around this time last year. ( Collapse )

A bit belated, but Happy New Year everybody!

We got back from Sri Lanka this morning (cunningly avoiding

plug_in_babe by about a day).

This country is SO FRIGGING COLD when you've been in the tropics. I turned up at Heathrow in a T-shirt and a light jacket - not a good idea.

Roz has taken to her bed with jet lag, but I maintain it's best to start sticking to local sleep/food cycles as quickly as possible. We'll see who gets fares the best over the next couple of days...
Collapse